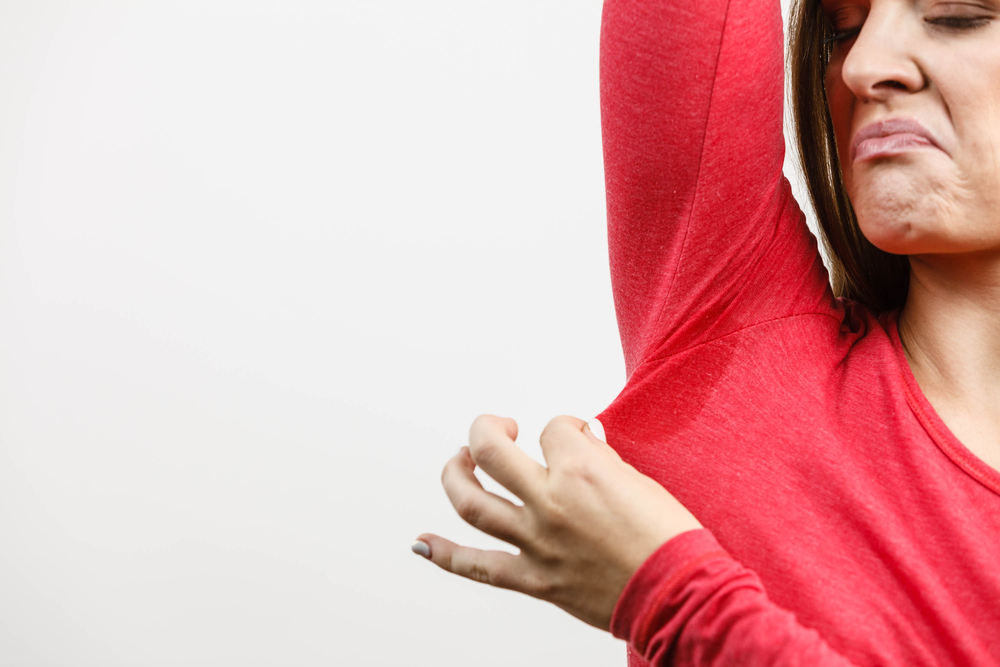 If you suffer from excessive sweating, also known as hyperhidrosis, then, believe it or not, Botox may just be the treatment to solve your problems.

When antiperspirants simply aren’t enough, then individuals can be left with a condition that is surprisingly debilitating–embarrassing in social situations, and harmful to self-esteem.

So how can Botox, which is seemingly a treatment for forehead wrinkles, supposed to help?

It may sound odd, but Botox is actually a neurotoxin. It blocks signals from nerves to the brain. Typically, it’s applied to muscles–the muscles that overcontract and cause wrinkles. Botox’s ability to block signals to the brain is also why some doctors have hypothesized its antidepressant effects, possibly leading to a mitigation of signals to the brain that act as precursors to feelings of sadness.

But Botox can actually be used to block chemicals–for example, blocking the chemicals that turn on sweat glands. Hence, the on button for sweating is never flicked–at least to the degree that it’s problematic.

And the effects spiral out. Research shows individuals who received this treatment had improved productivity.

How effective is Botox at decreasing sweating? Over 80 percent effective. That’s a gigantic improvement, and can take individuals to levels of sweating that are average for the population.

Not only that, but results last for a long period of time, lasting as long as 14 months. That’s typical for Botox treatments to require maintenance. And while it’s not a permanent solution, having to come in for treatment every half a year to a year is not a bad trade off for a condition like hyperhidrosis.

Want to know more about Botox for sweating? Call The Cosmetic Dermatology Center today to schedul an appointment with Dr. Nicole Hayre.