Melanoma on the Rise in Young Women 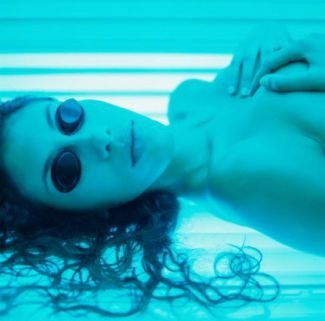 Malignant melanoma is the deadliest form of skin cancer, and it is unfortunately diagnosed more frequently every year. Researchers at the National Institutes of Health (NIH) have found that the incidence of melanoma is rising particularly fast in one population.

Moreover, they found the annual incidence trend in men to be leveling off starting around 1980, while the trend in women has been increasing significantly since 1992.

Why the difference in the two populations? Dermatologists believe the answer lies in the desire to look tan and the growing trend of tanning bed usage among young women in the US. While sun exposure can also lead to melanoma development, the uv in the tanning beds tends to be more intense, and unfortunately not well regulated. Taken together, it appears young women may literally be dying to tan.

Dr. Hayre has had the unfortunate experience of watching several young women fight for their lives after developing melanoma believed to have developed secondary to tanning bed usage.

Melanoma is curable only if caught early. Everyone should have an annual skin check. If anything is new or changing, see Dr. Hayre right away.