What Is a Thread Lift? 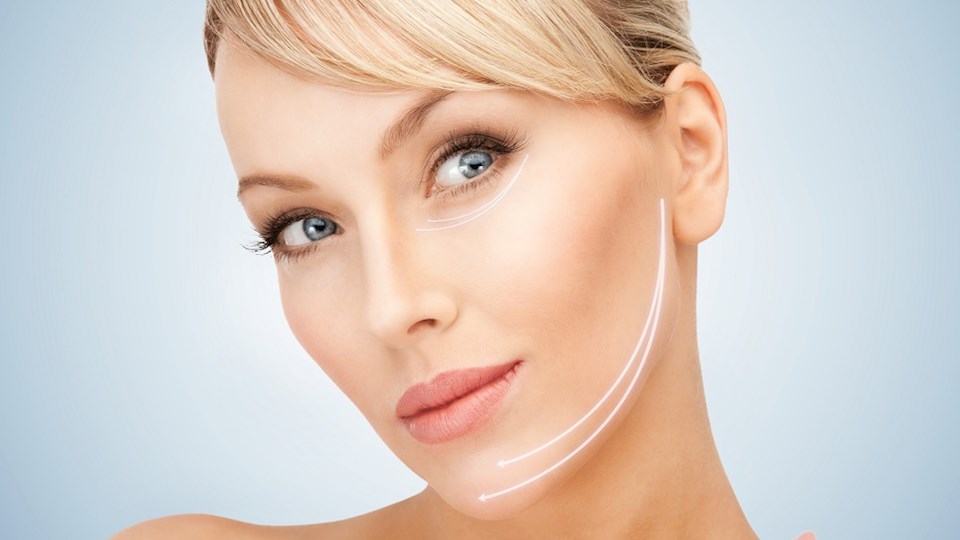 We us barbed sutures or threads to lift sagging eyebrows, eyelids, deep nasolabial folds, cheek sagging, and aging neck tissues. Our team would use a thin needle to insert the sutures under the facial tissues.

The threads on one end of the barbed end grab and lift the sagging skin upward. No incisions or stitches are needed with his technique. No scars are produced either. Additionally, sutures can be implemented while threading to support a more traditional facelift.

Two types of thread lifts are currently being performed across the United States.

A Contour Threadlift and the FeatherLift. RealSelf, estimated that as many as 100,000 thread lifts have been performed nationwide. The Contour Threads are safe, which were approved by the U.S. Food and Drug Administration in 2004.

The material, clear polypropylene, has been used in millions of other medical applications for many years. The barbs along the thread act as cogs to allow our team to grasp, lift and correct the sagging facial area. The barbs open like an umbrella and we then form a support structure that lifts the hanging tissue.

Dr. Nicole Hayre may instruct not to eat or drink after midnight prior to the thread lift. She may prescribe antibiotics to take beforehand and ask to cease taking certain other medications.

The procedure involves making small incisions in key locations and insert a threaded needle to lift the subcutaneous tissue and suspend the lift with the thread. The barbs on these threads will lock in place and encourage collagen formation upon insertion to lift very specific areas.

Several variations of the technique exist. In general, the “closed” technique involves molding the soft tissue over the suture in multiple location points until it catches in the appropriate location to provide the best result.

During an “open” technique, instruments are used under the skin to create a raw surface so that when the sutures are pulled up, the lift is more likely to remain in the appropriate position.

Other medical professionals have developed a combination technique that uses sutures at multiple tissue levels to catch all the barbs and create a suspension that cannot be accomplished with a nonbarbed suture.

Depending on your needs, the number of threads used can range from two to 20.

Thread lifts are often performed in an outpatient medical surgery center or hospital. Because the procedure is minimally invasive, general anesthesia is not required, so you can remain awake. One benefit is that the you can be given a mirror as the thread is pulled back, allowing you to give feedback.

Usually an oral anti-anxiety medication is all that is required. Most people tolerate this well and avoid any “postanesthesia hangover.”

We will provide complete postoperative instructions that you must follow to reduce the risk of complications during recovery. These instructions may include an escort to drive you home and assist with daily activities for at least 24 hours, as well as diet restrictions (soft foods) for seven days.

Pain can be managed with oral medications such as acetaminophen. Ibuprofen is avoided to limit bruising. We may also recommend elevating your head to reduce swelling for the first day.

The day following the procedure, you can resume nonstrenuous activities, and all normal activities can usually be resumed within seven days. You probably won’t be comfortable in social situations for one to three weeks including for weddings, reunions and other formal occasions.

The thread lift is still a relatively new procedure, and its techniques are still being developed. Results have varied greatly among patients, but continue to improve.

A significant risk of the thread lift procedure is that you may not notice any improvement. In this case, you would want to proceed with a traditional brow lift, facelift or neck lift for a noticeable improvement.

Some thread lift patients with thin skin have reported that the sutures became visible under the skin shortly after the procedure. On the other hand, medical professionals with more experience say this represents poor techniques or patient selection.

You may experience a lack of sensitivity or numbness in the treated area, which usually subsides within weeks of the procedure.

Infection in the treatment area is an infrequent complication. If an infection develops, it will be treated with antibiotics. Rarely, an infection may require surgical drainage. Scar tissue formation is also possible.

Some have noted rare migration of the sutures, causing an unbalanced facial appearance. With this, or if the thread may break, a simple reinsertion solves the problem.

Some medical professionals are reluctant to perform the thread lift until they can evaluate results after one or two years. If the results look good and are deemed sustainable and safe after that time, they would elect to perform it.

Clinical studies on various aspects of the Contour Threadlift are under way at three universities in the United States.